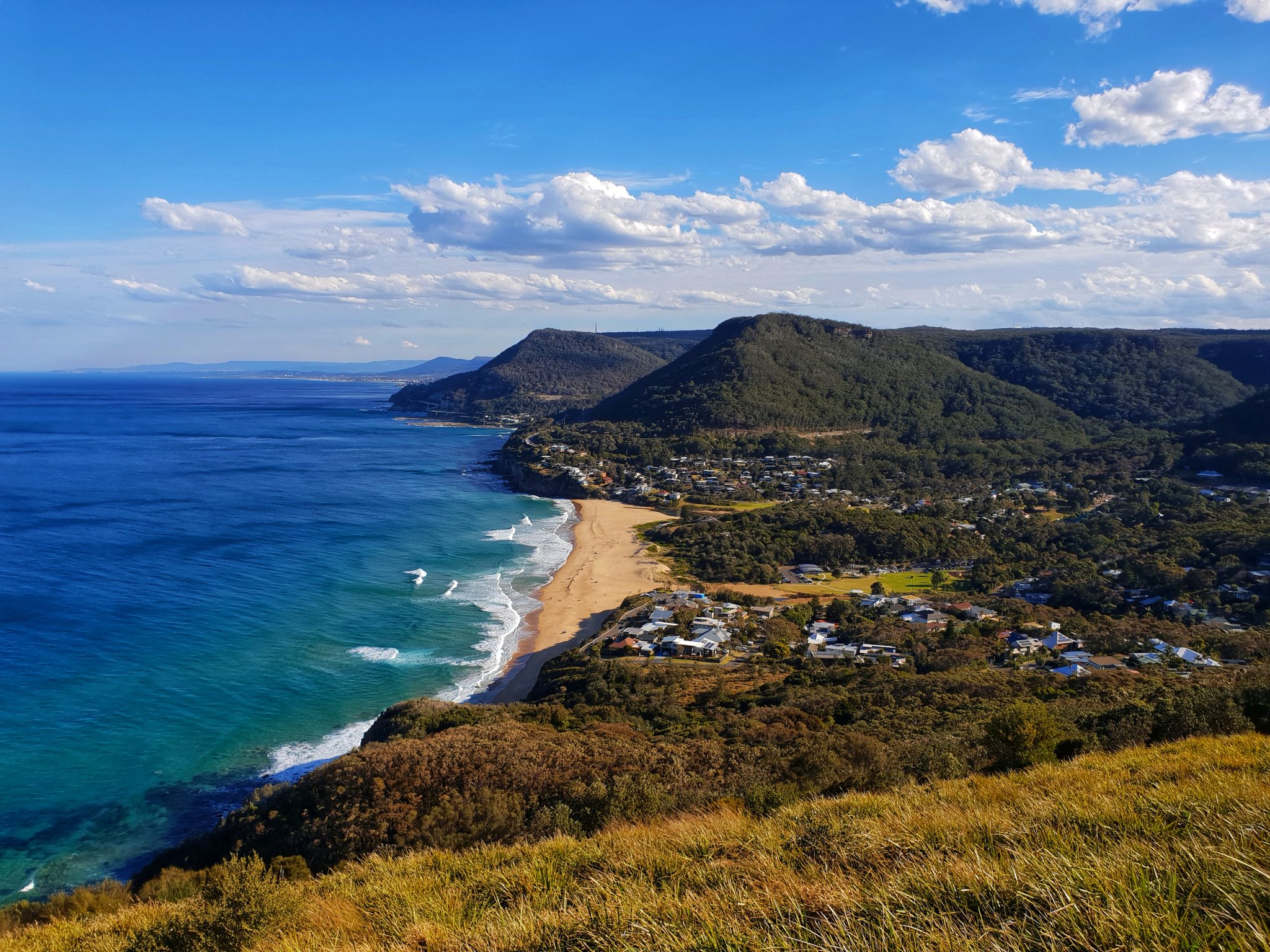 Wollongong is where the mountains meet the sea. Here are our top scenic lookouts!

Wollongong’s coastline is second to none and with magnificent lookouts nestled amongst the Illawarra Escarpment you can view the coastline from any vantage point-and believe us, it’s pretty spectacular!

Known to be one of the region’s most popular lookouts, Bald Hill offers sweeping views over the ocean and along the coastline to the Sea Cliff Bridge and south to Wollongong. It’s also a world renowned hang gliding location where adventure seekers take off over the cliff and are swept up as they fly over the coastline like a bird.

It was on the beach below Bald Hill where Lawrence Hargrave, an Australian pioneer of flight, experimented with box kites in the early part of the 20th century. A memorial cairn dedicated to him has been erected at the peak of the hill near the car park.Bald Hill is located on Lawrence Hargrave Drive and is also the first official stop along the spectacular 140km Grand Pacific Drive. The Grand Pacific Drive is accessible heading south from Sydney on the M1 Motorway or via the Royal National Park (tip: follow the Grand Pacific Drive directional road signage).

Facilities include public toilets and a food and beverage outlet.

The Southern Gateway Centre is perfectly perched on the Illawarra Escarpment at Bulli Tops with magnificent views over the Wollongong coastline. It’s easily accessible for those heading south towards Wollongong on the M1 Motorway and is open 7 days a week with public amenities, parking, visitor information and souvenirs for purchase.

The Centre marks the Gateway to Wollongong & the South Coast, enjoy stunning 180 degree ocean and escarpment views from the viewing platform. Drop into the Visitor Centre for some expert local knowledge, enjoy a meal at the adjoining restaurant/cafe Altitude 1148 or a freshly made Gelato at the Gelato Emporium-you can thank us for it later!

Sublime Point Lookout is easily accessible heading south from Sydney on the M1 Motorway, providing one of the best vantage points over Wollongong and Illawarra region. Offering 180-degree views, this lookout really captures the beauty of the Illawarra Escarpment and South Pacific Ocean.

The Sublime Point walking track is one of the region’s most popular and for obvious reasons, as you reach the top you are rewarded with spectacular views of the coastline-arguably the best along the coast! The length is 850 metres and the difficulty level is considered to be hard and best suited to fit walkers, you may have to hike your tail off to reach the summit but when you get there the view is well worth the walk. The track branches off Gibson’s track and then ascends sharply to the lookout. A series of steel ladders assist walkers up the jagged cliff lines to the top of the climb. We suggest allowing 45-minutes to complete the track.

The lookout is accessible 7 days a week during daylight hours and offers toilets barbeques, picnic shelters and the Sublime Point Restaurant/Cafe are available.

Mt Keira is a local landmark of Wollongong, towering 463.9 metres high and casting its protective shadow over our beautiful city. It’s located just 4 kilometres northwest of Wollongong CBD, it forms part of the Illawarra escarpment and provides sweeping views over Wollongong.

Keira is an Indigenous Australian term meaning large lagoon or high mountain. The Dharawal Aboriginal people called it Djera, meaning wild turkey. The first maps of the area called it Keera, later adding the i. The mountain is usually pronounced Kee-rah.

The natural beauty of Mt Keira gives an unspoiled backdrop to the City of Wollongong. It’s home to the popular 5.5km Mt Keira Ring Track, a walking track which passes through varied terrains and forests of the Illawarra Escarpment, starting and finishing in a scenic picnic spot.

Mt Keira lookout is located on Mt Keira Road and is accessible 7 days a week during daylight hours. There is a kiosk serving coffee and light meals as well as barbeque facilities and public toilets.

After visiting Mt Keira lookout, you can continue onto Mt Kembla which is a charming historical mining village and lookout by following Tourist Drive 11 directional signs.

Kembla is an Aboriginal word meaning “wild game abundant” or “plenty of game”. The Dharawal Aboriginal people called the area “jum-bullah” or “Djembla” which means wallaby.

The lookout offers amazing views of Lake Illawarra and the coastline. For hikers, it’s a 30-minute walk uphill from Mt Kembla village and is the starting point for the 5.3km Ring and Summit tracks. If you just want to enjoy the view without the hard work, car parking is available at the lookout which you can access via Cordeaux Road.

There are no facilities at the lookout.

Hill 60 lookout is one of the lesser known lookouts in the region but nevertheless still offers spectacular views up and down the coastline, and more specifically Port Kembla beach.

Just below the lookout are beaches fished commercially by local Aboriginal fishermen up until the 1940’s, the area still has numerous Aboriginal shell middens and artefacts scattered along its shores.

Deep beneath this scenic lookout, lies a series of fortifications which were established at the beginning of World War II. These fortifications housed large guns which were put in place to protect the vital industrial centre of Port Kembla. Although there are no longer any large guns here, the concrete bunkers can be clearly seen. These bunkers are connected to a series of underground tunnels, and in fact, the area is honeycombed with tunnels. These tunnels are not open to the public.