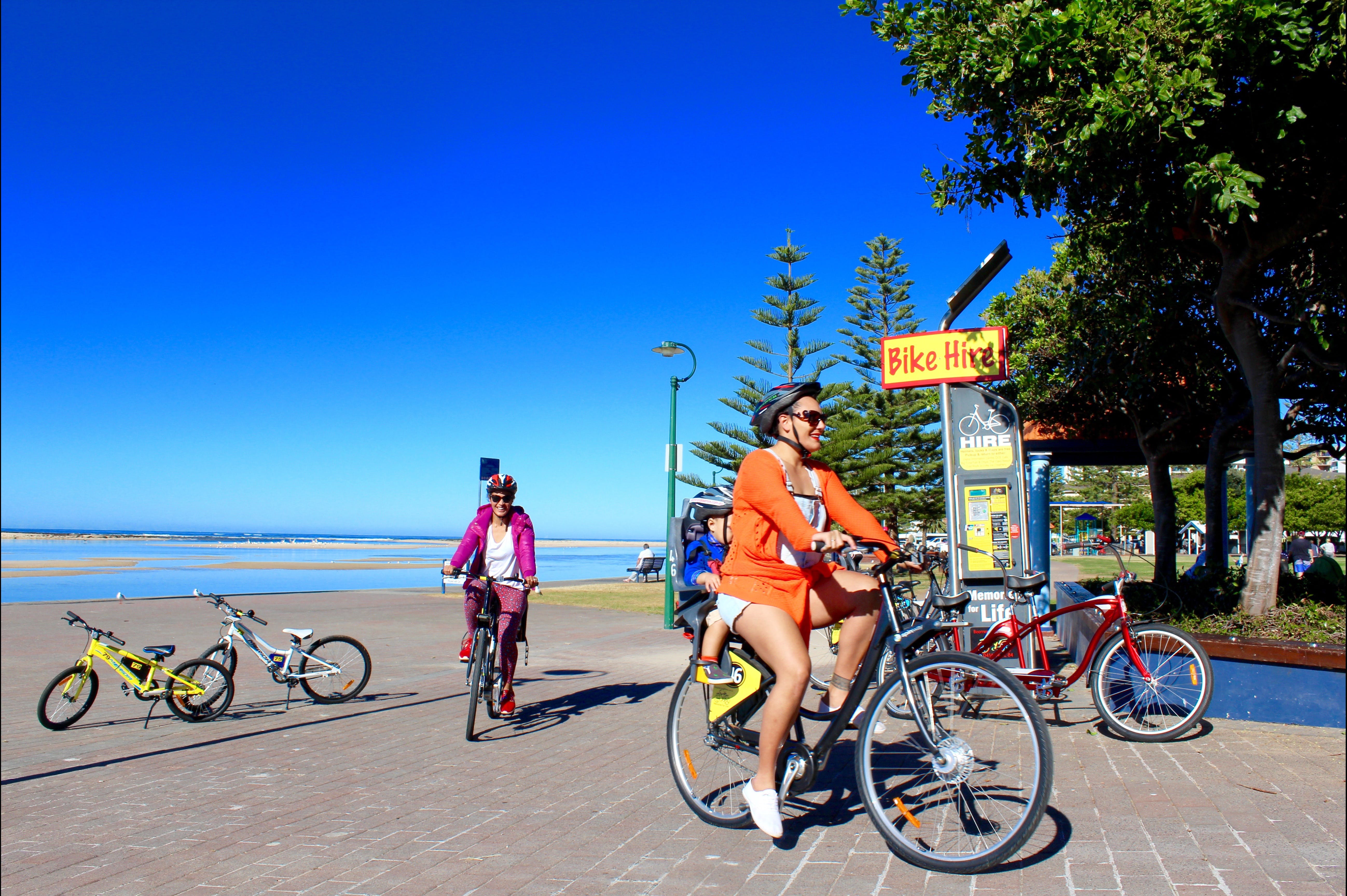 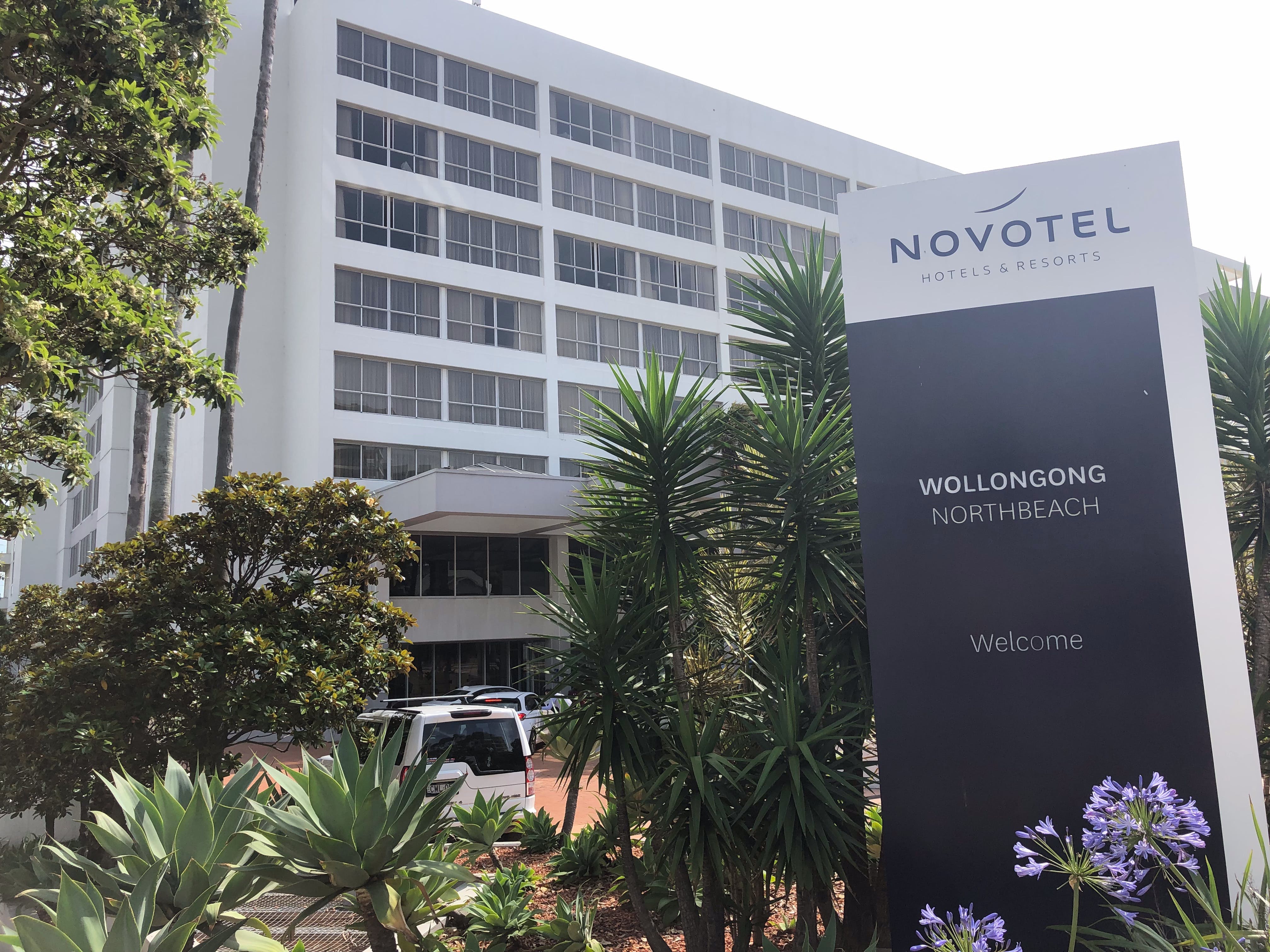 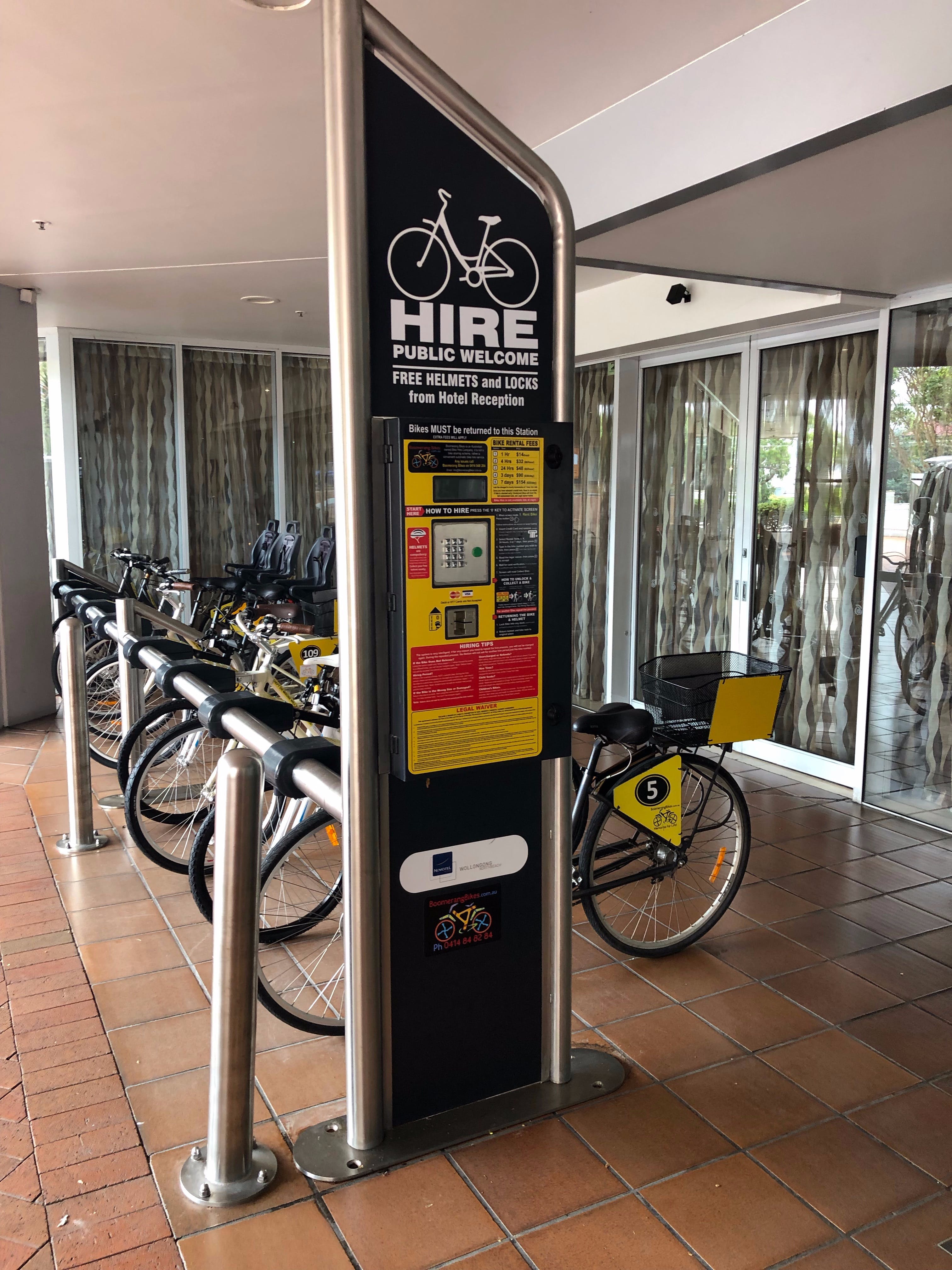 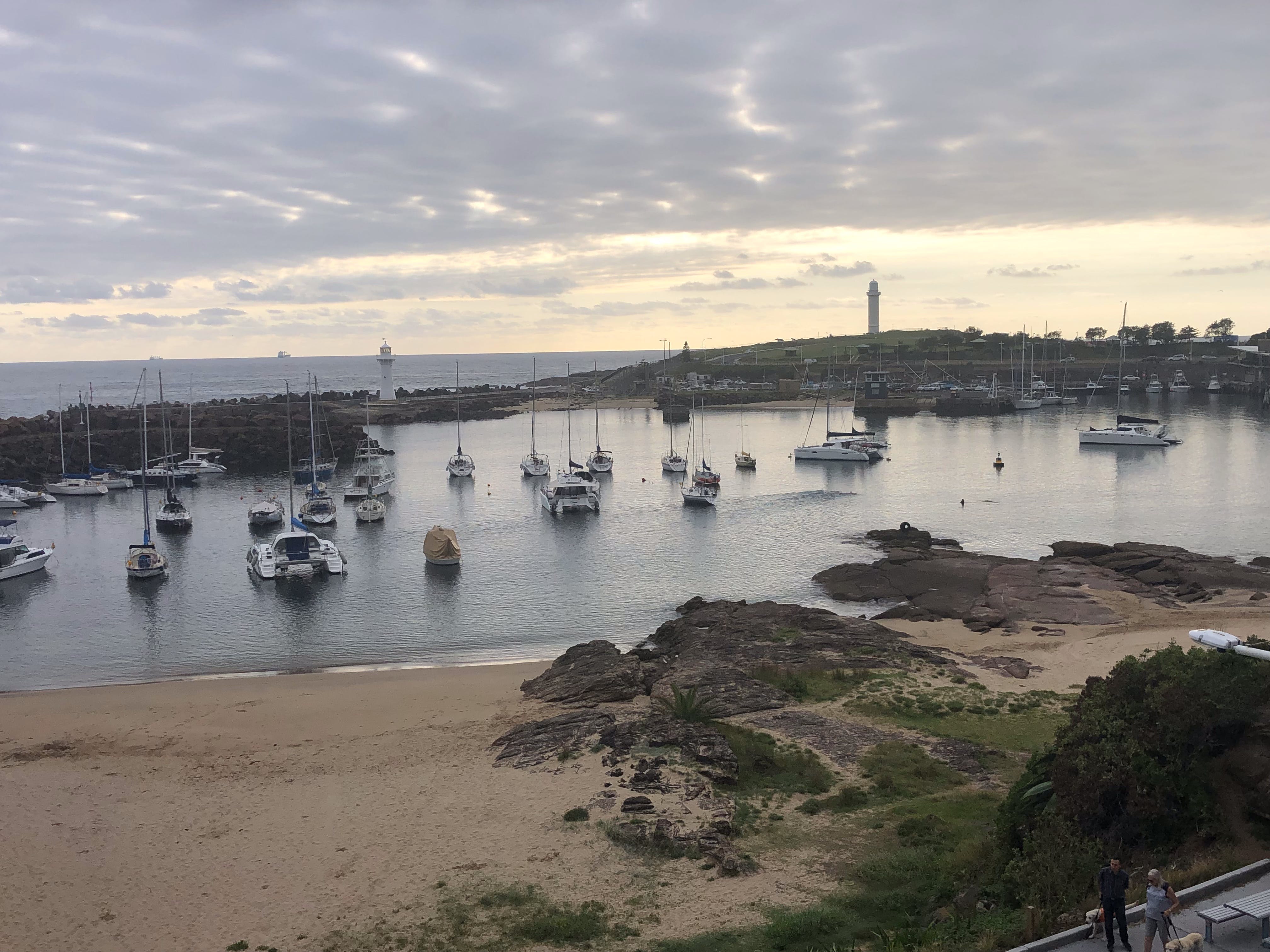 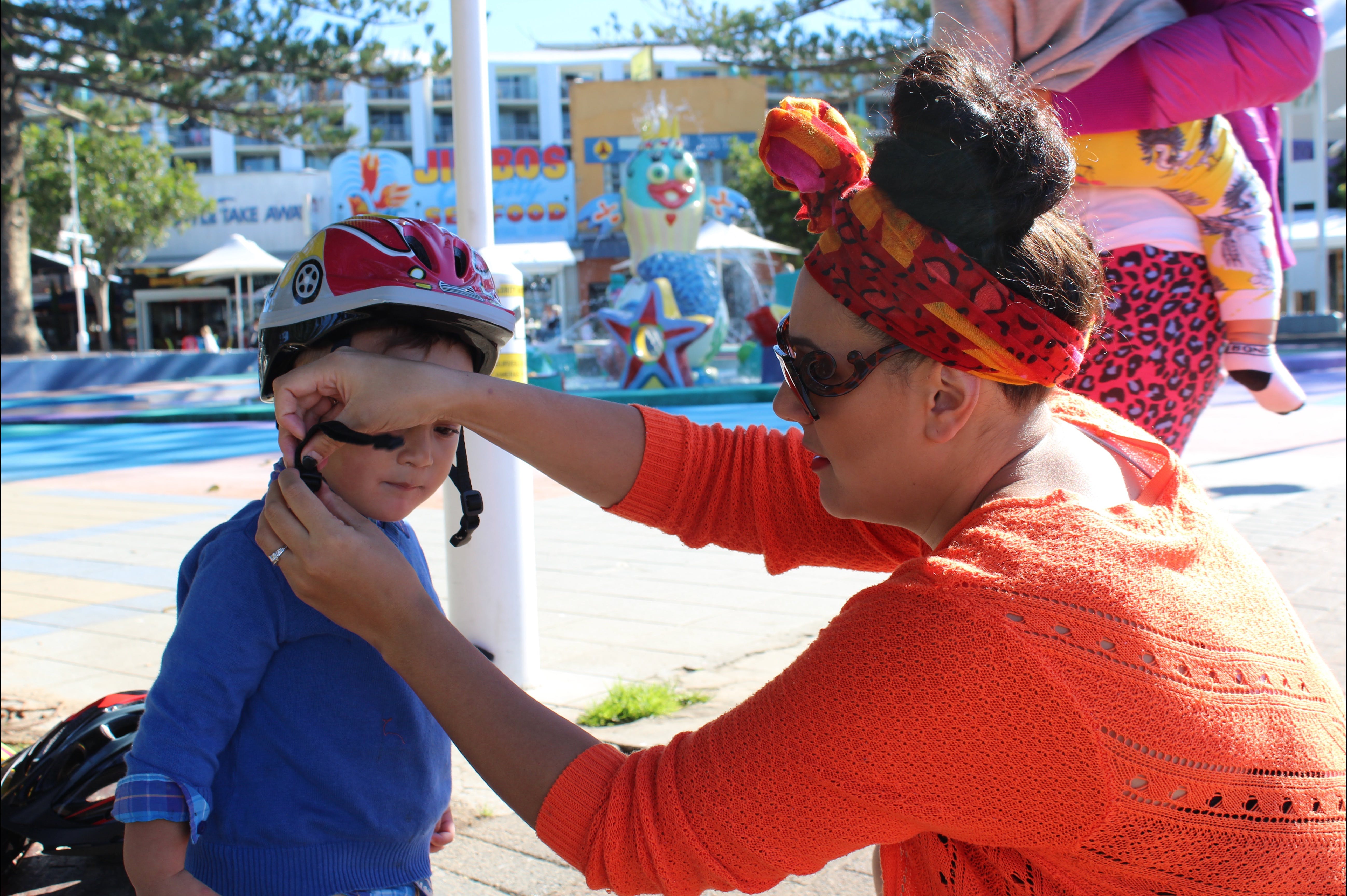 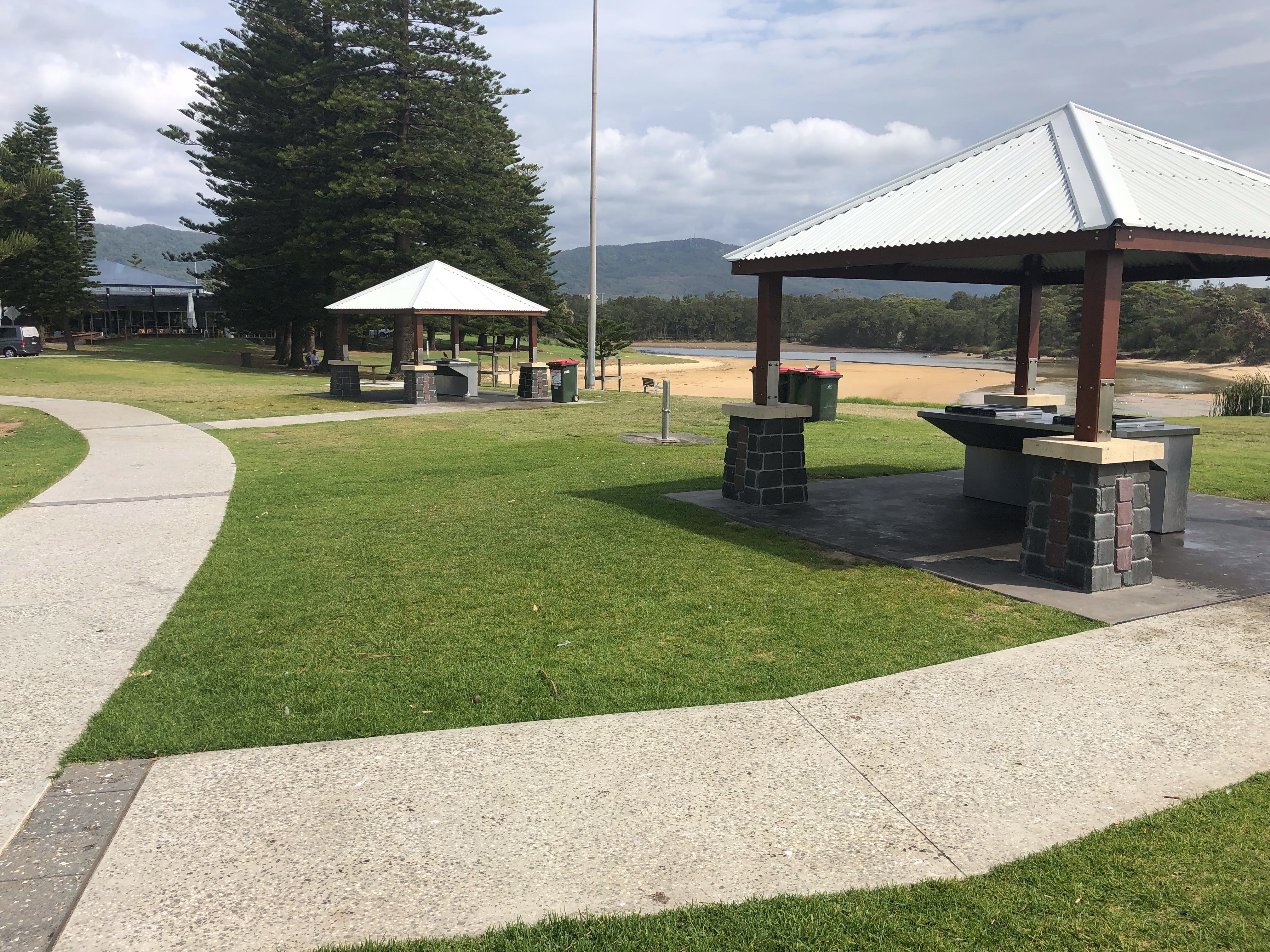 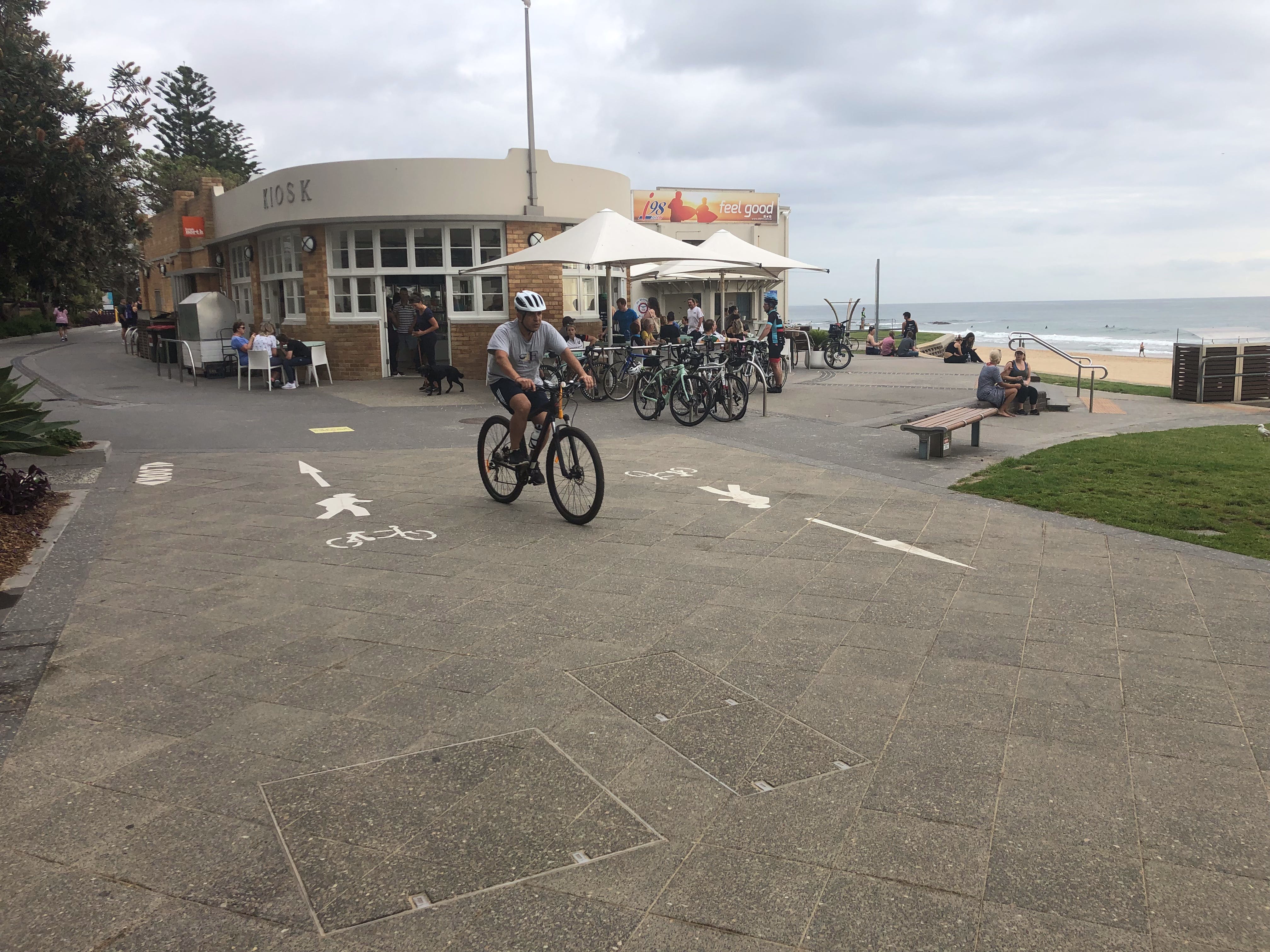 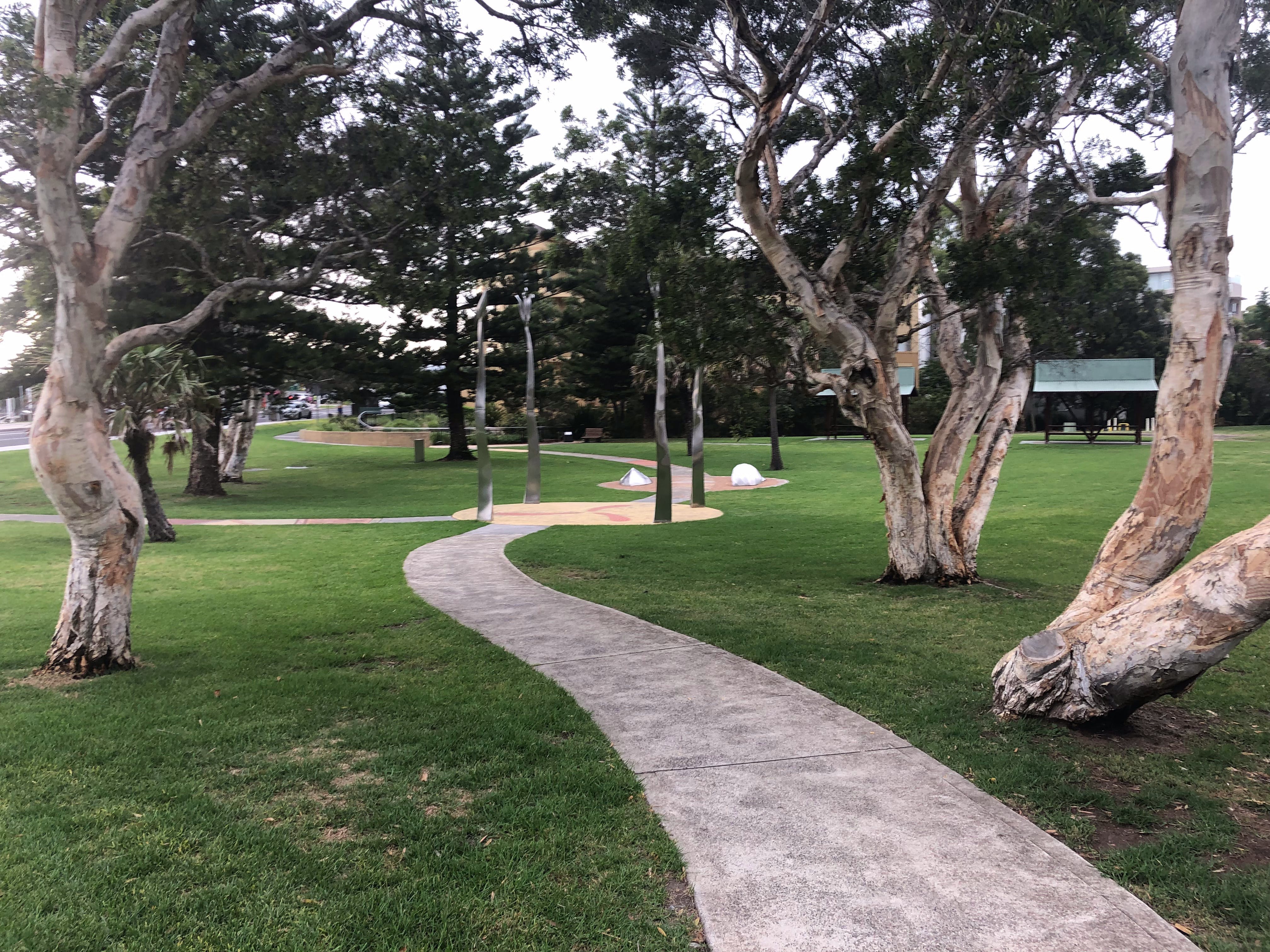 Wollongong Bike Hire Station: is a self service hassle free bike hire system, similar to a vending machine that requires a credit card to unlock a bike – open 24 hours everyday.

There are two locations in the Wollongong Area both open 24/7 to the Public:

Bike riding is a huge part of the local culture, with safe, flat, dedicated bike paths that extend for 30 kilometres north of the city centre plus other bike paths all across the region.

Bike riding is a great family outdoor activity that gives freedom for adults and children to explore and relax at the same time. As you wind along the beaches and waterways there are lots of things to see and do, including fabulous cafes, parklands and playgrounds.