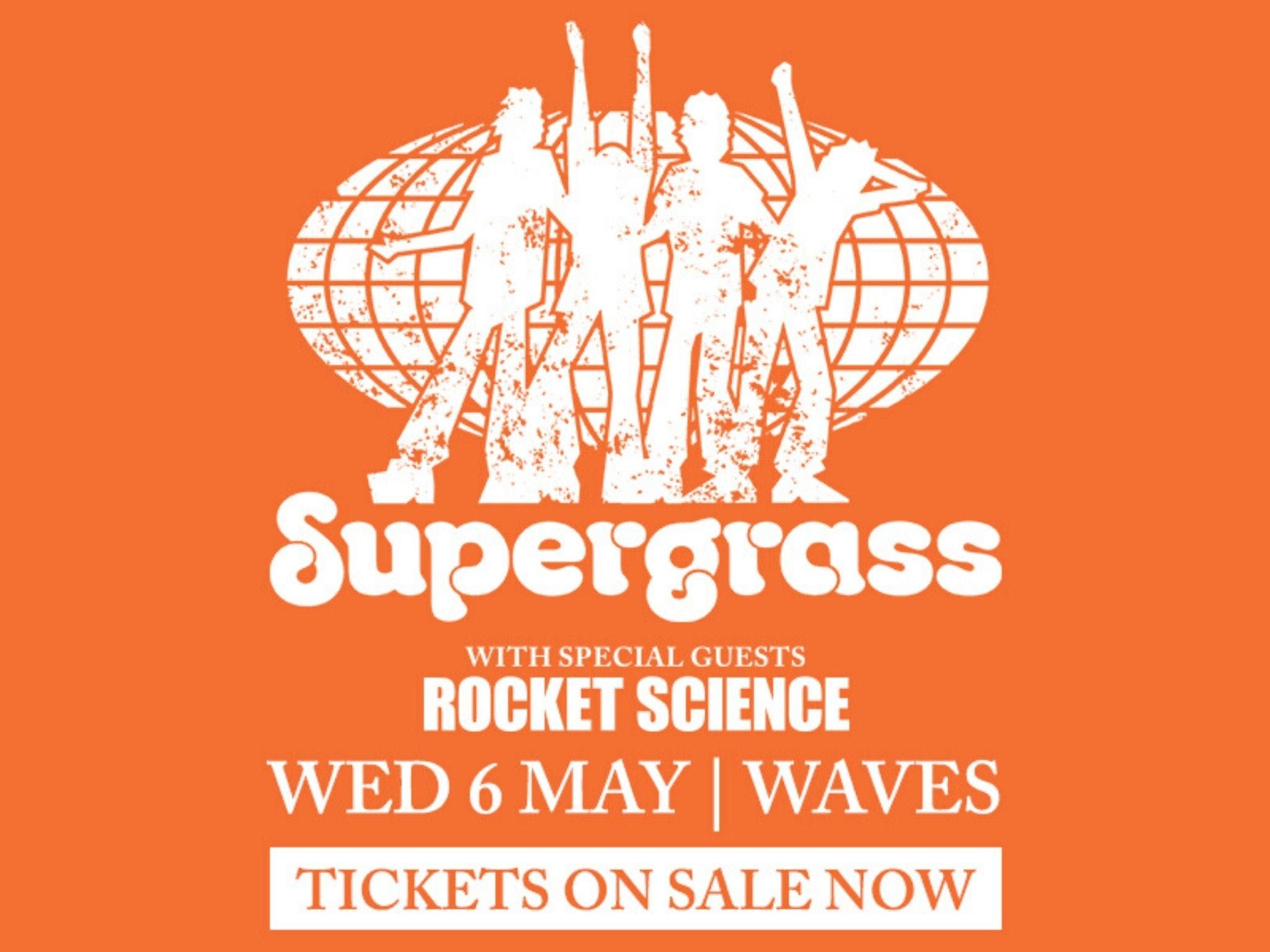 Britpop legends Supergrass will return to Australia for their first shows on these shores in twelve years! The English rockers will bring their string of hit singles.

Since forming in Oxford UK in 1993, Supergrass have received nods from the BRIT Awards, NME Awards, Q Awards and Ivor Novello Awards and are widely-recognised as one of the most important bands to emerge during the 1990s.

Australian alt-rockers Rocket Science will be joining Supergrass at all shows. The Melbourne band are known and loved for their signature blend of garage, psych and post-punk.

Don’t miss your chance to experience one of Supergrass’ first Australian performances in more than ten years.