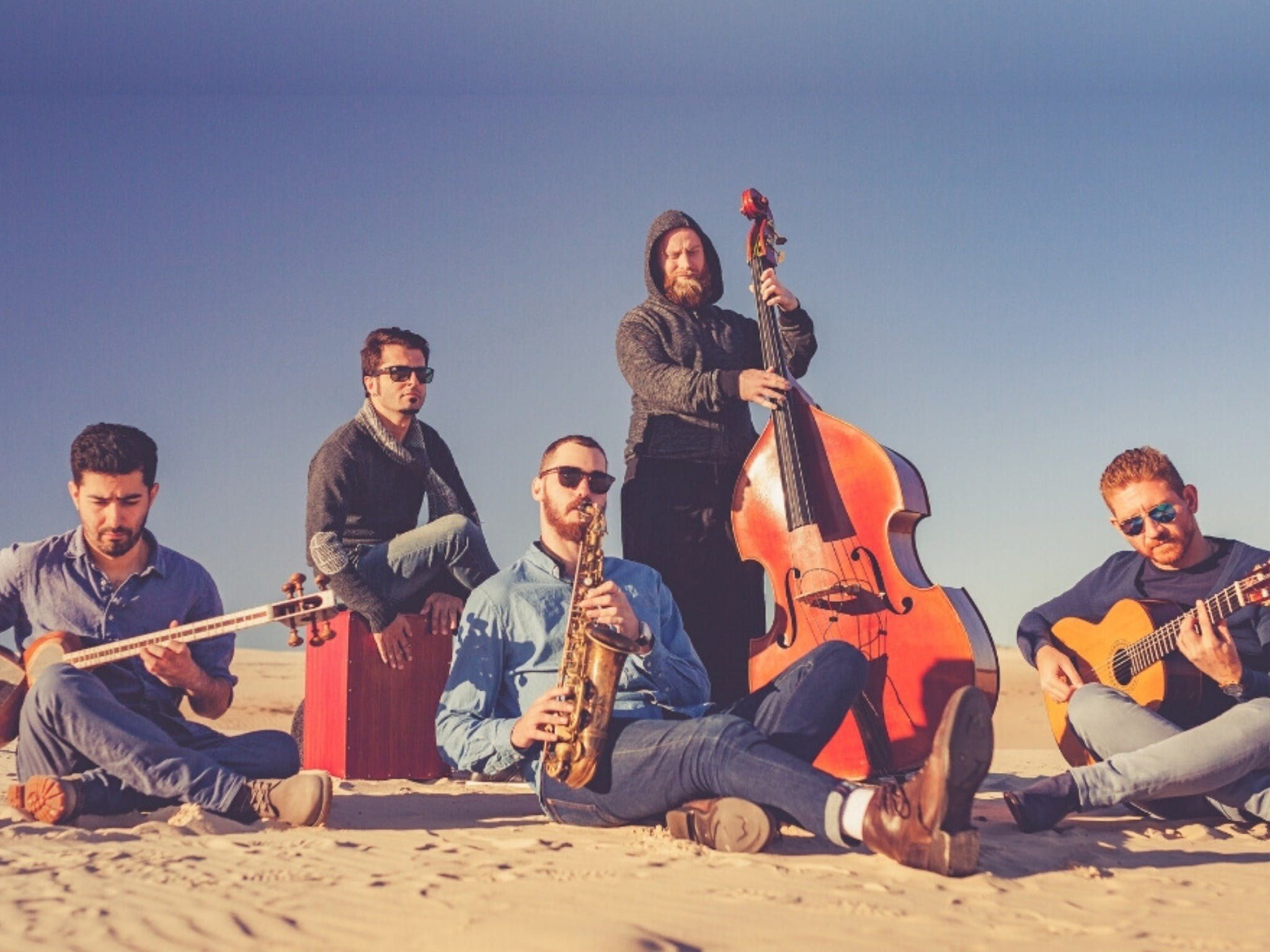 With Hamed Sadeghi on tar, Pedram Layegh on classical guitar, Michael Avgenicos on saxophone, Elsen Price on double bass and Adem Yilmaz on percussion, the layered soundscapes Eishan Ensemble create together are driven by the individual talents of each member as much as by the compositions themselves.

Formed in 2016, Eishan Ensemble have performed internationally in Iran, Malaysia, Singapore, The Philippines and Taiwan; with local performances across Australia. Their first album, Nim Dong, was released in late 2018 to critical acclaim. Their Wollongong performance presents their new album before they head to Europe for an international tour.

Corner of Crown and Kembla, Wollongong